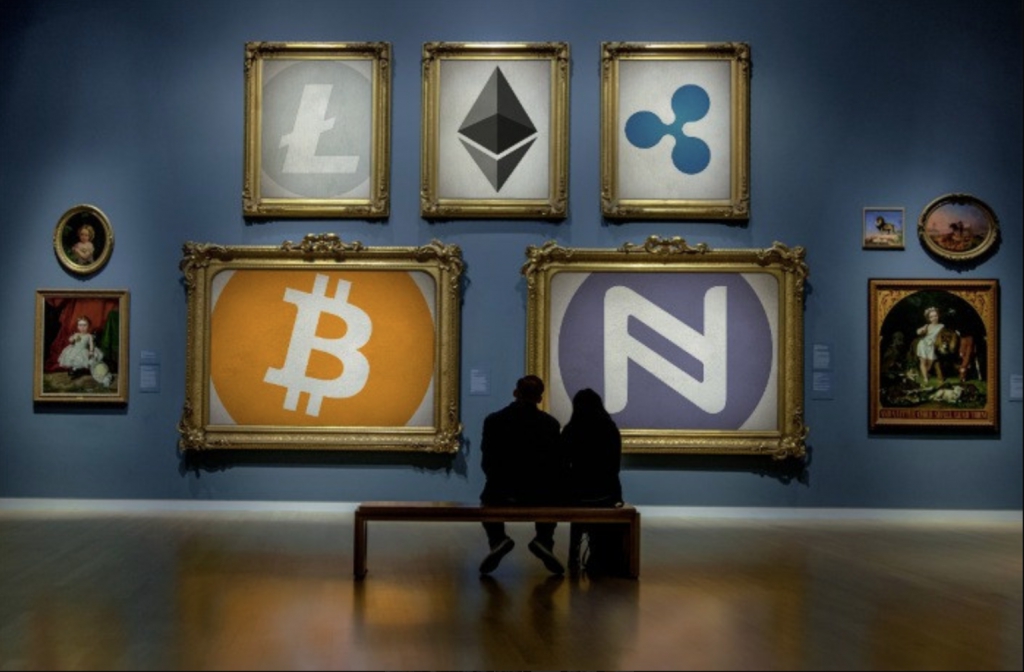 Financial industry is not the only one to be interested in blockchain technology and implement it. The art market also realized the potential of this new technology. After all, it can help find solutions to the main problems that arise in this area, among which the authenticity of works, copyright and transparency, writes Cointelegraph.

Blockchain technology and cryptocurrencies inspired many artists to create paintings. For example, a French artist Youl painted The Last Bitcoin-Supper. In 2014, it was sold at a well-known eBay internet auction for 4.64 BTC as part of Project Bitcoin.

According to the author, bitcoin plays the same role in the world as Jesus - he radically changed the world, some worship him and some ignore. Youl also pained a big version of Leonardo da Vinci's The Last Supper.

Blockchain is used in street art as well. In 2015, during the Moniker Art Fair, people started accepting bitcoins for the first time. The fair put up a 15-meter interactive Renaissance today installation, which gave visitors the opportunity to learn new facts about cryptocurrencies. Also, everyone could use the bitcoin ATM.

Also, a "virtual artist" was created with the help of decentralized technology. The project was called the Scarab Experiment. Scarab is a public artist without a personality. It will create paintings based on the works of community members. 50 paintings will be selected for this. To become a member of the Scarab Experiment, one must have at least one Scarab token. After the painting will be sold, all token holders will be rewarded.

Blockchain did not leave museums and art galleries without attention as well. In 2015, a museum in Vienna was the first one to buy the painting Event listeners by Harm van den Dorpel for BTC.

In 2017, the State Central Museum of Contemporary History of Russia hosted the world's first CryptoArt exhibition. Works of the artist Svetlana Smirnova helped demonstrate the new way of communication developing in art. Each work had an open digital certificate VerisArt, based on blockchain technology.

Some galleries already sell paintings for digital money. The first was the Dadiani Fine Art Gallery in the UK. The institution accepted 6 virtual currencies for payment, including bitcoin, Ethereum and Litecoin.

Nevertheless, blockchain influenced digital art the most. Digital artists have a lot of problems with copyright and the authenticity of works.

Some startups, including Monegraph, Ascribe, Verisart, use distributed ledger to create apps that help artists protect their work from plagiarism.

Blockchain also changes the approach to collecting paintings. For example, the Maecenas startup creates digital certificates for each piece of art using distributed ledger. Investors can buy and sell them at any time via the Maecenas exchanger.

Soon the authors of the project intend to announce the list of paintings in which people will be able to invest this way. It is known that investors will be offered paintings by Picasso, Claude Monet, Brancusi, Modigliani, Pierre Auguste Renoir, Edvard Munch and Warhol.